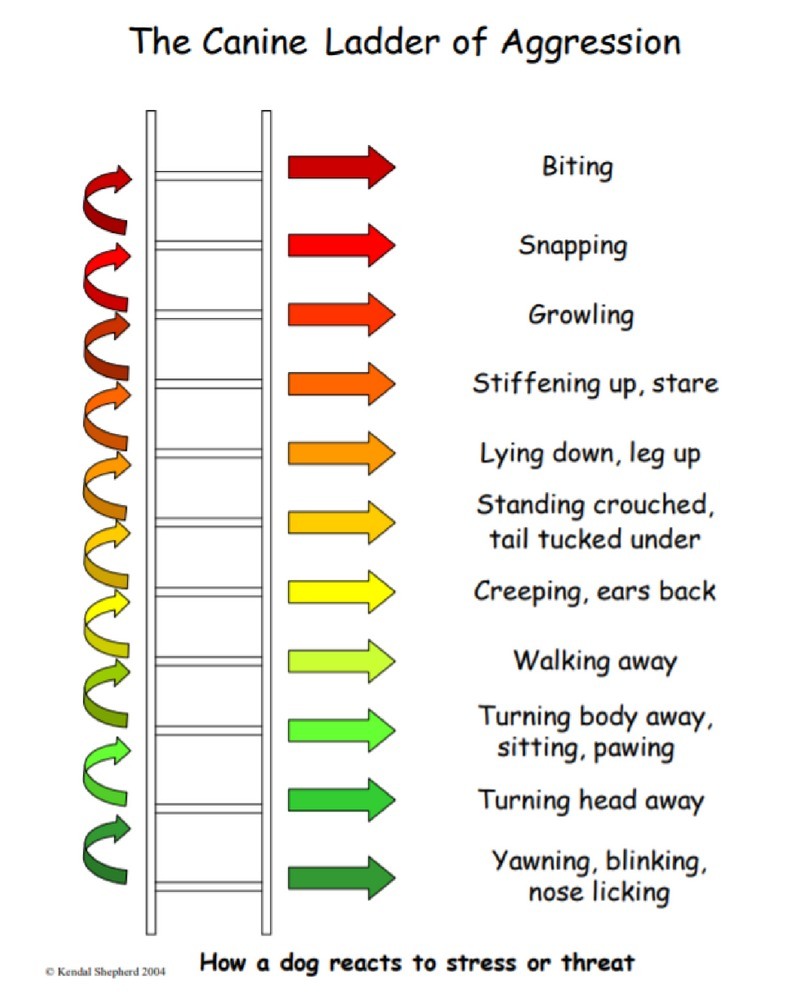 Punishment and shock collars are hot topics for dog owners and trainers. I have recently heard debates at dog parks, at a local dog restaurant, and at my veterinarian’s office. People seem to be talking about it everywhere!

I try not to tell people what they should or shouldn’t do. I prefer to give people all of the data associated with their specific problem and then decide together the best course of action.

If your views are extreme towards force-free training, or are in the opposite direction thinking shock collars are the way to go, you will probably disagree with me. There is plenty of science behind both training methods. Both methods can be effective, and it is a choice every dog owner has to make.

I started out as a shock collar trainer 25 years ago. Back then, there weren’t many choices. I was working for a well-known dog trainer, and that is how I learned.

Then I got my own dog and I found clicker training. I was the student who snuck in treats to my correction training class, because even then I knew there was a better way.

I have not found a need to use a shock collar with my own dogs or a client’s dog in over 20 years. However, I am grateful that I can see both sides of the fence.

Over the years, I’ve heard the rumors and labels about positive reinforcement training. I’ve heard things like treats are just bribery, or (my favorite) is a “cookie pusher,” like a drug dealer. That one made me laugh!

These are antiquated comments as very few true behavior analysts bother to spend time considering punishment in their treatment plans and only consider reward-based treatments.

I am always up for a discussion on the topic of punishment that has a foundation in actual science, but not everyone is up for that.

Punishment, by definition, is a process by which the consequence immediately following a behavior decreases the future likelihood of that behavior. This isn’t hard to understand. Associate something unpleasant with a behavior and the behavior will decrease.

Through punishment conditioning, aversives are used to reduce behavior. Common aversives used in dog training are:

What is considered punishment is up to the dog. Used incorrectly, any device can become aversive and unpleasant to the dog, even flat collars and leashes.

How do we know if a dog finds something aversive? It’s something they seek to avoid happening or move away from.

It’s the same thing we do as humans when sampling new food. Your friend offers you a strange snack. You try it and either gobble it down or you move away from it. If the food is unpleasant and aversive to you, you will behave in a way to avoid eating more of it.

Shock Collars are a form of Punishment

Shock Collars are aversives used in punishment conditioning. By design, they are meant to reduce behavior.

No matter what any shock collar trainer tells you, the basic concept of a shock collar is punishment. It just isn’t always advertised as such. They might say it’s only a vibration, or it doesn’t cause any discomfort, or it’s just a tap. Bottom line – shock collars are punishers.

Not all dogs wearing shock collars are going to be obviously stressed.

They may love training so much that the stress doesn’t show up except when you look closely for their tense faces. Their physical signs of stress may have been punished, leaving a dog looking “calm” to the untrained eye… unless you see the worry wrinkles, yawning, and deflated tail.

The stress of punishment-based training may not show up for weeks, months, or until a certain situation arises that was associated with the punishment. There is always stress in humans or dogs during punishment conditioning.

Did you know the punishment process has fallout? Stress, frustration, and avoidance are the fallout. Science has proven this.

Fallout is the possible negative outcome from punishment. A great book on the subject of fallout is Coercion and its Fallout, by Murray Sidman. This book does not have bibliographical references, but Dr. Sidman is a behavioral scientist with impeccable experimental credentials.

Using shock therapy in humans would only be administered in a clinical setting by a trained professional with lots of schooling under his or her belt. Dog shock collars are actually illegal in many parts of Europe because they do not believe the public should be using them. So why do we think it’s a legitimate form of dog training here in the US?

One of the biggest concerns about shock collar training is that the animal does not know when the shock is coming and has no choice or power over it. Many trainers will prove shock collars aren’t painful by putting it on themselves. The problem is that they have control over when the shock happens and at what level. Take that power away and the feeling towards the shock can be very different.

Most dog owners love their dog and think they are making the right choice by using a shock collar. There are a few common reasons why pet owners feel stuck in their training and may resort to shock collars.

Differences & Similarities Between Dogs and Humans

Humans have the language to change behavior in each other. Dogs only share a few common words with us that we have specifically trained to have meaning.

Dogs are completely reliant upon their owners for everything they need in life, including play, food, water, entertainment, safety. Even small children have more choices in life than the average dog!

Lack of choice and complete dependence can lead to dogs accepting way more punishment than the average human would ever tolerate. Society would also not tolerate that much punishment between humans for small infractions, like not coming when called or talking too loudly.

There is no dog society to protect dogs from their misguided owners.

What similarities do humans and dogs share? We share the same range of emotions, feelings, and are affected by the same laws of behavior.

This is often forgotten when an owner is ready to resort to a shock collar. If I handed out shock collars for all of my clients to wear during class, I would probably be arrested. Yet, handing them out to dogs in a correction-based class is acceptable.

Learning more about your dog’s body language is the most important tool when assessing how a certain training session is affecting your dog. Check out the Ladder of Aggression.

A lot of people feel that their dog’s aggression started out of the blue. This can be because the early warning signs were missed or early stress signals were punished.

You won’t learn about how to punish your dog in our classes. We don’t feel that punishment is an effective learning tool for the new dog owner or the dog who is just starting to learn.

Imagine if your teacher or boss only focused on everything you did wrong. You would quit that job or drop out of class quickly!

We focus on teaching what we want dogs and humans to do instead, reward the right choice, and use management to prevent bad behavior.

So I know what you want to know – Do I use punishment conditioning with my own dogs?

The answer is yes. However, I do not use punishment as a way of teaching basic behaviors or teaching self-control and is always well planned.

It is done in the most minimal way in order to get the right behavior to happen. It’s rare and I’m always ready to accept the potential fallout.

Punishment is a withdrawal from your bank account of trust with your dog. My dogs and I live a life of rewarding good behavior, so the very rare punishment is a small deduction from an overflowing account. 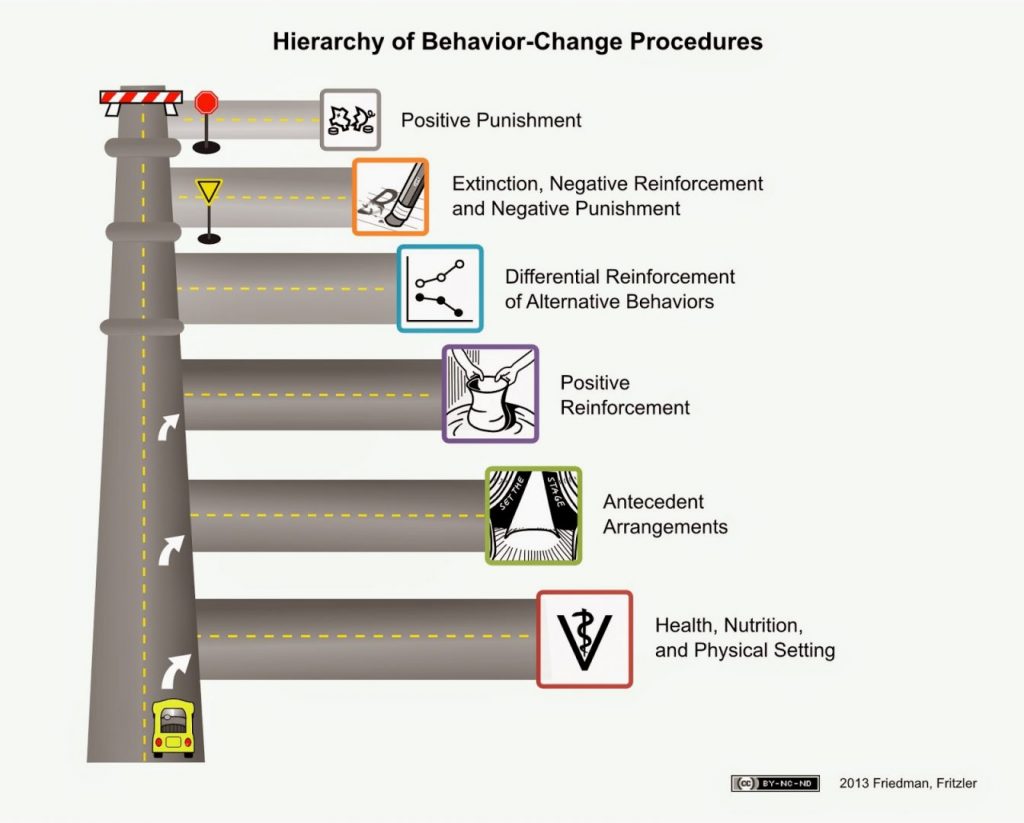 Here is the LIMA hierarchy road map that has been adopted by many institutions (human and dog) to define what methods are acceptable for behavior change.

I have guided clients through using effective punishment. I have also talked thousands of clients out of using shock collars or other punishers with a high risk because they didn’t have a good enough foundation in understanding their dog or how behavior works in general.

Punishment or Reinforcement done poorly will ruin any dog.

In our obedience classes, we teach owners how to properly read their dogs, mark behavior, manage behavior, and create new behavior through thoughtful observations and planning.

We know that not every human is up to the task of learning everything about behavior. However, I can sleep at night knowing that the worst thing they will do is give a treat at the wrong moment.

Dog Owners Have a Choice

They can choose to live their lives and train their dogs by looking for flaws and apply aversives.

Or, they can learn how to use reward-based training, which (truthfully) will always feel “right.”

Either way, you will have to put in the work to change your dog’s behavior.

Would you rather spend your sessions pressing a button for a device that delivers punishment with risks attached or spend your time giving rewards for behaviors you prefer? That is what it ultimately boils down to.