Our Human Pack of Leaders

Affectionately called "THE DOG NANNY" by many of her clients, Laurie has brought many chaotic pet households to have a calmer, better relationship with their beloved dogs. Laurie brings her life-long love of dogs together with proven behavior techniques using positive reinforcement as a basis to run the entire company. Wags and Wiggles is dedicated to helping humans as well as canines through our Daycare, Boarding and Training services.

With 20 years experience in the canine field, Wags and Wiggles Dog Daycare has led the industry and become the model that many others follow. 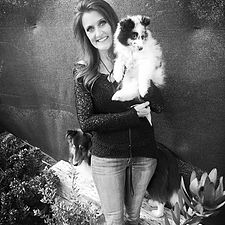 Ranaye started as a client in 2004. She then joined the Wags & Wiggles Apprenticeship Program. She successfully passed her CPDT Exam and became Training Manager. She quickly became a client and staff favorite leading her to Training Director. Then in 2017, she became a partner with Laurie & Dave.

She has a background in conformation and showing Great Danes. She also owns Shelties. She enjoys doing agility and spending time with her human family which consists of two boys and her husband. She is active in the community, involved with both soccer and baseball as team mom for her son’s teams, and enjoys working in the Children’s Theater.

She taught preschool for 10 years and has a special gift when it comes to instructing children in classes. Ranaye works with day school dogs and Board & Train dogs in addition to teaching group classes. She is energetic, always has a positive attitude, and takes great pride in her work. 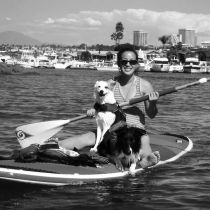 Romi originally found Wags as a training client. She was so impressed with her experience that she joined the Wags team in 2009. Romi was promoted to Tustin Facility Manager in 2011 and then was promoted to Business Manager in 2015. Even though Romi is more behind the scenes now, she still enjoys getting to spend time with the dogs.

Romi also discovered her passion for agility through the Wags & Wiggles Agility Program and competes with her 2 dogs, Wink the Norrbottenspets and Clutch the Border Collie. She also teaches agility classes at the Tustin facility.