Every basic dog training program includes the the command “touch!” 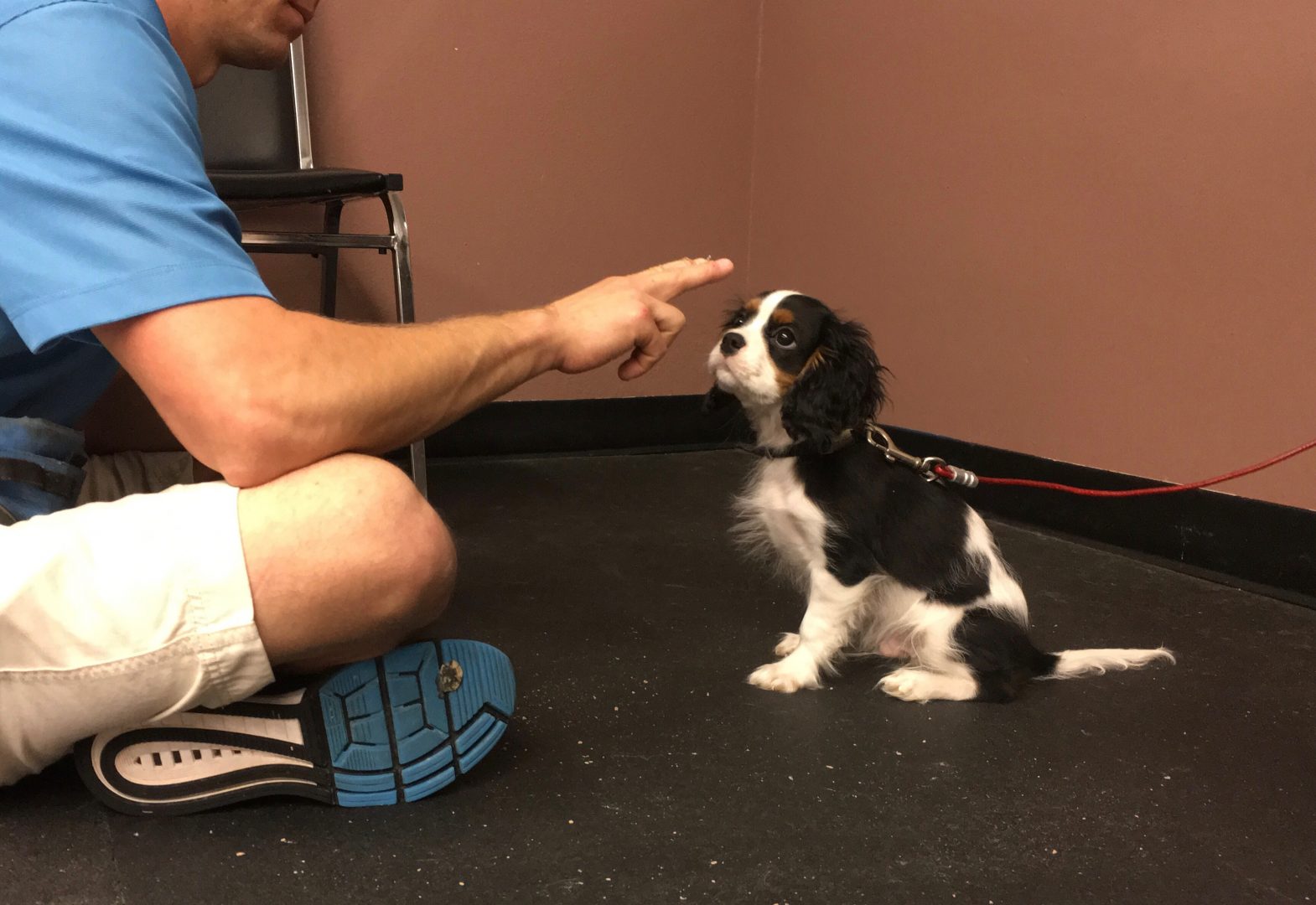 If you’ve taken any of our obedience classes, you are familiar with the behavior “touch!” The goal is to teach your dog to touch the palm of your hand or tips of your fingers when commanded to do so. This simple behavior has many applications in basic dog training.

The use of “touch” can substitute for the command “come.” Some dogs are more likely to respond to “touch” rather than “come,” especially in distracting situations. “Touch” requires focusing on you, the owner, versus another dog, person, or object. In addition, “touch” is used in the very beginning stages of target training!

We asked some of our trainers to explain how they use the command “touch!”

“One of my dogs, Zeke, is reactive to strangers and new situations. Using techniques from our Zen Dog class, I use ‘touch’ daily to redirect his attention from things that bother him back to me. We also use ‘touch’ for him to greet new people. It gives him the power of choice. Instead of being subjected to unwanted petting by a stranger, using ‘touch’ allows the friendly person that wants to say hello to interact with my dog without Zeke feeling overwhelmed by hands reaching toward him for petting. If Zeke decides that interaction with this person isn’t on his agenda for the day, he can choose not to perform the behavior. He feels more confident knowing that he will not be forced into something that makes him uncomfortable.”

“I introduce ‘touch’ at the beginning of every basic dog training program. I have used ‘touch’ in pretty common ways, like getting a dog in a better position to allow a door to open towards them, or putting their head through a collar or Gentle Leader. In one of our tricks classes, I taught ‘give me a kiss’ to my Springer Spaniel, Boh, where he touches his nose to my nose. If he gives me a kiss for his dinner it’s not too bad, but if I offer him a treat I think he’s trying to break my nose!”

“I’m a big fan of using ‘touch’ when dogs are nervous with new people. Even if they don’t have it on cue, presenting my hand/fingers and letting them lean forward on their own to sniff, then rewarding them for doing so, has helped me gain quite a few dogs’ trust during day school lessons. I usually start with ‘touch’ before any other behavior during basic dog training, especially with nervous dogs since eye contact can be so intimidating to them. ”

“‘Touch’ is an awesome recall command that I am so glad my dog knows. One time at the dog beach, my off-leash Shepherd saw a squirrel that she just had to chase. I yelled ‘come touch!’ She then immediately turned around and came back to me to touch my hand. I leashed her up before she ran off again. I was so thankful that I taught her this behavior! Now we play the game of touch, off-leash, all the time!”

“I use ‘touch’ with our crazy yellow lab, Zoey. She has moments in the daycare where she can get a little too rambunctious. When I’m in there I have her come to me and do nose touches. I also have the Play Floor team work with her so she can respond better in those situations. She does a great job with this and really enjoys doing it! ”

“We have a dog who never wants to leave and melts on his way back up to the lobby to go home. I did a lesson with him and when he would melt, I would use ‘touch’ to get him back upright. I’d do one near his face, then one a few inches away, and once we had momentum, I’d do one far enough away that he had to stand. Then I’d do one more to get him walking and we would keep going forward!”

“I love ‘touch,’ it’s such a valuable behavior. I used it extensively with Reilly, my Irish Wolfhound, as part of his basic dog training routine when he was younger. Reilly was very environmentally sensitive and would get worried about new or unusual objects. We played a game on every walk where I asked him to nose touch at least 5 new objects and it really helped him gain confidence and realize that everything in the world wasn’t going to eat him.”

“‘Touch’ is a great behavior by itself but I love creating advanced behaviors from it. One of my clients had a really pool-crazed Labrador that would dive in and refuse to get out of the pool. We started by having the Lab ‘touch’ their two fingers from a short distance between two people. Once the dog was offering this consistently, I added in the pool and had them practice ‘touch’ from one person to another. Once she offered ‘touch,’ her reward was to go dive in the pool! The dog loved playing this game and her owners were able to get her to come to them. ”

“A couple of years ago, I used ‘touch’ to help Jack the JRT work though the distraction of a tennis ball. He loves to play ball, but he was so distracted by its presence that he was not able to respond to any of his other cues. We started with ‘touch’ literally half an inch from his nose. It took a while, but eventually he was able to offer more and more. Now he can do agility and respond to any of his obedience cues in the presence of the almighty ball.”

If you need help incorporating “touch” into your basic dog training program or want to find out more information about our obedience classes, feel free to contact us!